Striga - a parasitic weed with a very wide geographic distribution that can have devastating effects upon crops, particularly those planted by subsistence farmers - is treated here as a pest.

US scientists develop pest-resistant chickpea (August 2009)
Chickpeas, high in protein, fiber and other nutrients, are important legume crops the world over. But humans aren't the only consumers: the larval stage of the beet armyworm moth likes to eat the crop's leaves. But new lines of resistant chickpeas developed by Agricultural Research Service (ARS) scientists and their collaborators could put the kibosh on this crop-damaging pest's voracious appetite, and potentially save on chemical insecticides used to fight it. 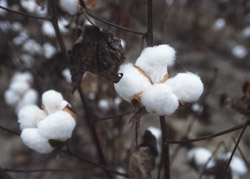 Cowpeas bred for extra-early maturity, high protein and high yield potential with resistance to major diseases and aphids, as well as high levels of tolerance to heat and drought, for tropical and subtropical countries (April 2013) 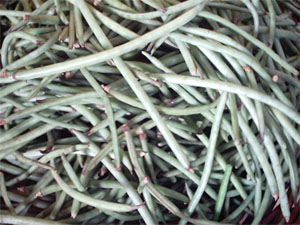 IITA releases non-GM high-yielding Striga-resistant cowpeas (March 2009)
Resource-poor cowpea farmers in sub-Saharan Africa have seen their profits jump by 55 per cent thanks to improved dual-purpose cowpea varieties developed and introduced by IITA and its national partners in Nigeria. Paul Amaza, IITA Agricultural Economist, says that farmers who use traditional varieties earn about US$ 251 per hectare, while those who are growing the improved cowpea are getting US$390, or US$139 more, per hectare with proper crop management. 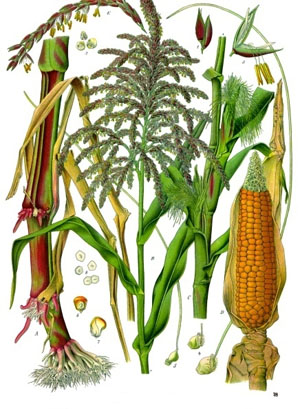 Drought-tolerant and striga-resistant maize released in Ghana (April 2010)
Ghana has released four Quality Protein Maize varieties tolerant of drought and resistant to striga hermontica - a parasitic weed that reduces maize yield - to farmers to boost maize production in drought-prone areas of the country.

Body blow to grain borer – pest-resistant maize (October 2007)
The larger grain borer is taking a beating from CIMMYT (Internation Maize and Wheat Improvement Centre) breeders in Kenya as a new non-GM African maize withstands the onslaught of one of the most damaging pests.

US researchers develop pest-resistant pepper (September 2009)
A new red-fruited habanero is the latest pepper with resistance to root-knot nematodes to be released by Agricultural Research Service (ARS) scientists. 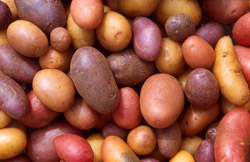 US researchers develop non-GM pest-resistant potato (March 2009)
Despite their microscopic size, Columbia root-knot nematodes (CRN) have potential to inflict huge losses – about $40 million annually – by tunneling into potatoes to feed. But this level of loss isn’t likely to happen, thanks to fumigants growers now use – at a cost of $20 million annually. 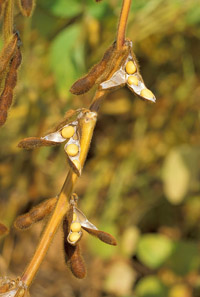 Midwest farmers grow aphid-resistant soybean (August 2009)
This year farmers in the Midwest are growing a new variety of soybeans developed by University of Illinois researchers that has resistance to soybean aphids.

High-yielding, soybean cyst nematodes-resistant non-GM soybeans (July 2007)
Soybean growers now have more options when selecting soybean varieties that have high yield potential and the ability to stave off soybean cyst nematodes. SCN, a tiny worm that infests the soil in many fields in Iowa and the rest of the Midwest, steals soybean yields.