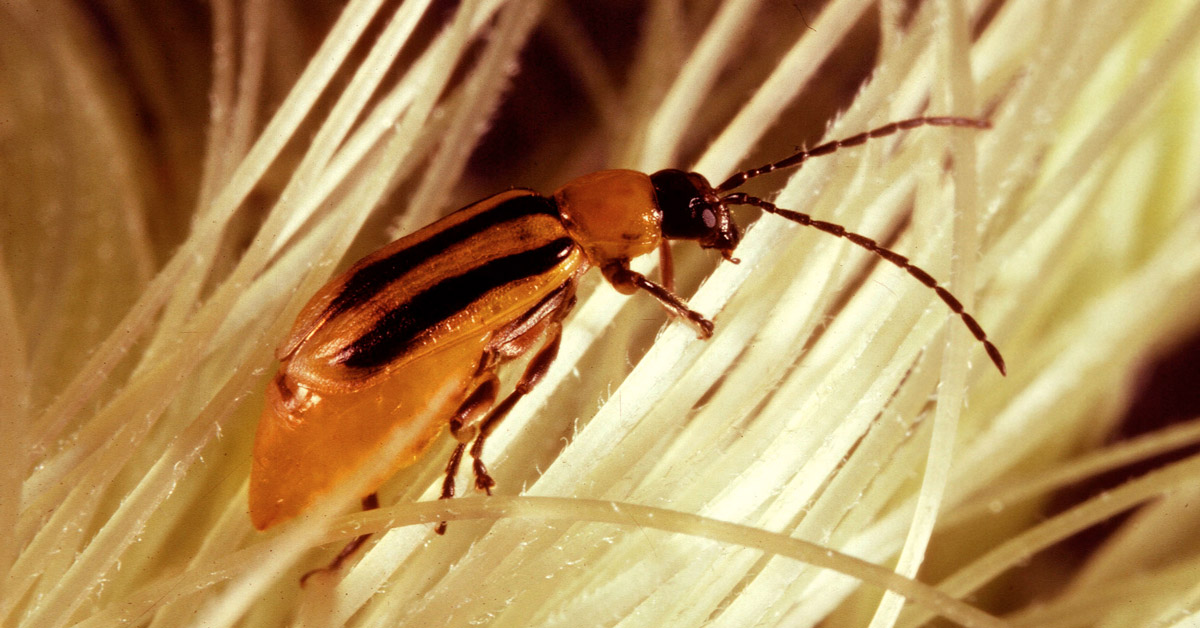 Recently we highlighted an article in the US farm press, which reported that the Western corn rootworm pest was "poised to stage a comeback" as resistance spreads to the Bt insecticidal toxins in GM Bt crops.

The article explained that resistance to three anti-rootworm Bt traits was already established in the Western corn rootworm. Now resistance has also been documented to Cry34/35Ab1, the Herculex RW trait engineered into most multi-Bt trait, supposedly rootworm-resistant, hybrids.

Dr Gurian-Sherman's comment shows that the "problem" that these GM traits were trying to solve was created by industrial agriculture – and now the claimed "solution" has failed too. He explains that the problem would not have arisen in the first place if genuine agroecological principles had been followed.

"Rootworm has been the most important insect pest on the biggest US crop (possibly, invasive soybean aphid may now approach this status). It has been called the 'billion dollar pest' because of the cost of controlling it. Bt traits have been failing due to developing resistance for over 10 years, but the fourth trait, the Cry34/35 trait called Herculex, is the last one to fall, which is why this issue is becoming more of a practical problem. Resistance to Cry34/35 was first reported a few years ago, but it takes some time for this to spread.

"This is an almost entirely artificial and industrial agriculture-created pest. Rootworms have a narrow host range, which means that they can't build up to significant damaging populations on corn if it is annually rotated with almost any other crop. In that case there is usually no need for soil insecticides or Bt. So it is our destructive monocultures and all that supports them (instead of agroecology) that has turned this insect into a significant pest. This is also of course the situation with many other major pests, such as most bollworms of cotton, or the brown plant hopper on rice.

"In the US, many farmers did control rootworm by rotating corn and soybeans, but that is really not a diverse agriculture, and rotation-resistant rootworms have developed in some regions. But the biology of these rootworms strongly suggests that had real agroecology been used, e.g. longer rotations (three or more crops), these rotation-resistant rootworms probably would not have developed, or their development may have been greatly delayed and reduced.

"The eventual problems with the short corn-soybean rotation should also provide a material example of the risks to non-agroecological farming systems that call themselves sustainable: e.g. input-substitution organic, or similarly compromised or coopted regenerative agriculture or agroecology. Many corporations have been at work trying through greenwashing to convince the public that they support making agriculture friendly to the environment and the climate by fostering these corruptions. However, their extractive business models that emphasize high yields, low cost, low crop prices, low labour inputs, and overproduction, all work against ecological agriculture. So it is important for the public to understand this, and reject their efforts to mislead."