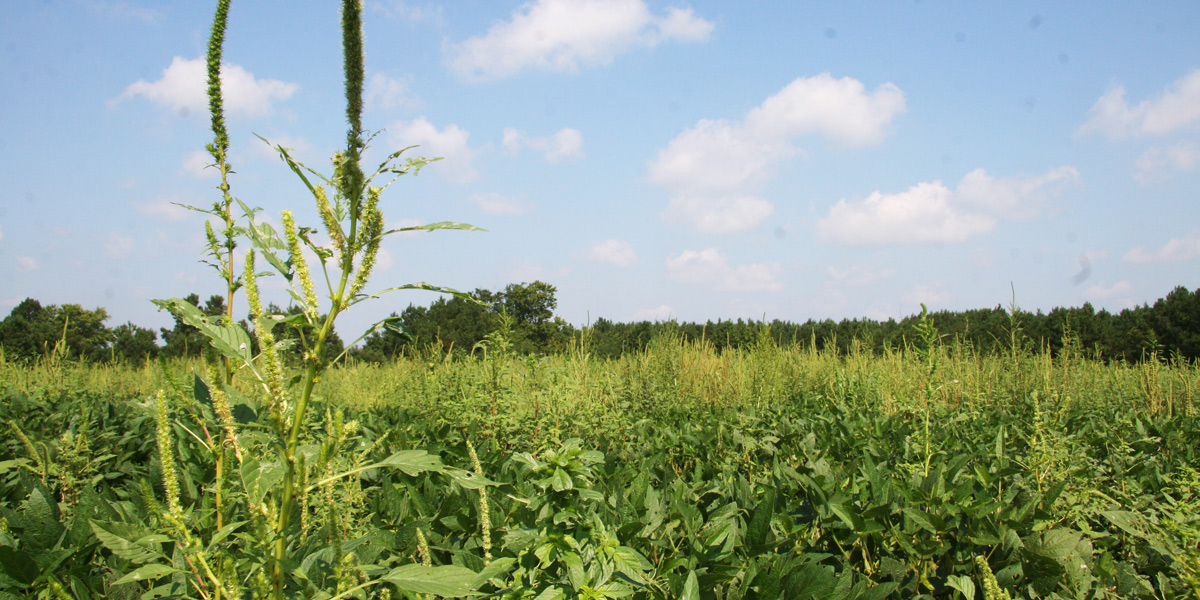 Scientists in the US are sounding the alarm about a crop-smothering weed that is growing resistant to multiple herbicides used on GM herbicide-tolerant crops, according to an article in Chemical & Engineering News (CEN).

Agronomists in Iowa, Michigan, Minnesota, Ohio, South Dakota, and Wisconsin are trying to contain the movement of Palmer amaranth, a member of the pigweed family.

Thanks to the plant’s ability to proliferate traits for herbicide resistance, spraying with common herbicides no longer works. Specimens have been found that are already resistant to glyphosate — commonly known as Roundup — and were likely resistant to other chemicals as well.

Some farmers are reviving the use of two older herbicides, 2,4-D and dicamba, with recently introduced corn and soybean crops that are genetically engineered to tolerate those chemicals.

But weed scientists at Kansas State University say farmers are complaining that those herbicides seem to be losing their effectiveness as well. In March, weed physiology professor Mithila Jugulam confirmed that a population of Palmer amaranth growing in the university’s study fields survived applications of 2,4-D at 18 times the rate called for on the label. Many also brushed off a hearty dose of dicamba.

Larry Steckel, a weed specialist at the University of Tennessee, heard about Jugulam’s results and was not surprised. Farmers in his state, in their third year of using dicamba with glyphosate on crops tolerant to both chemicals, tell him a single spraying is no longer controlling Palmer amaranth and other weeds, as it did in the first year.

CEN reports that weed scientists and agchemical company experts believe "It will likely require brand-new technology — technology that does not yet exist — to regain the upper hand."

Needless to say, these two practices have always been followed by organic and agroecological farmers. It seems that the failure of GM herbicide-tolerant crop technology has led by default to a return to more sustainable practices. Nature – not chemical companies – will have the last word.