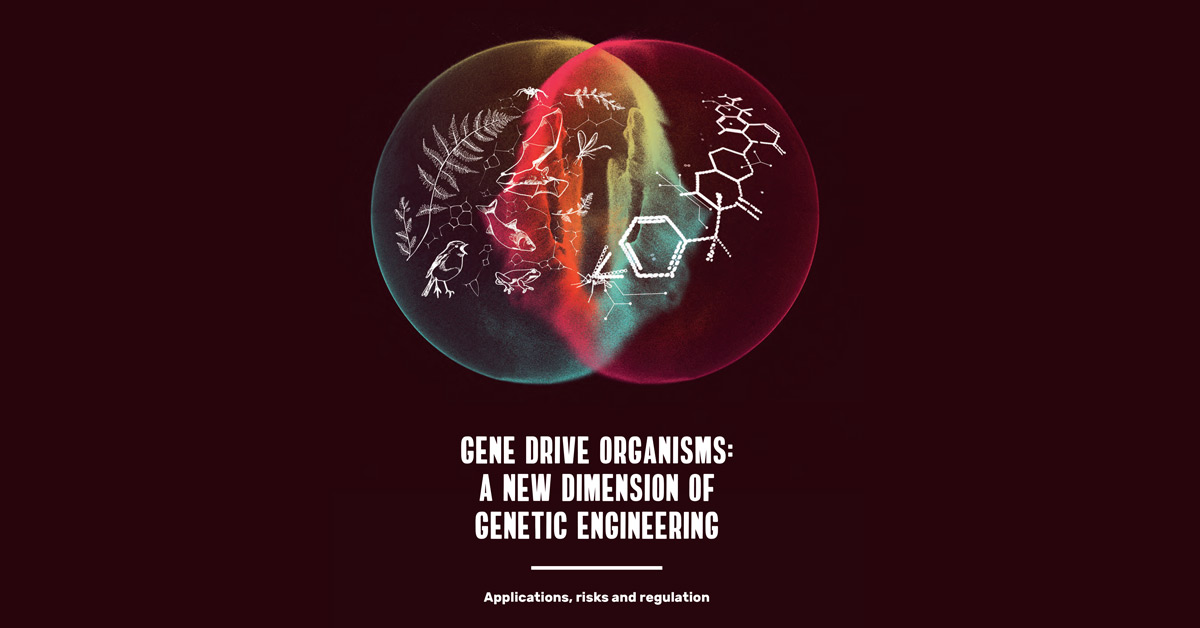 Agriculture and bioweapons are focus of gene drive research

Enabled by new genetic engineering techniques such as CRISPR/Cas9, so-called gene drives have been developed in recent years that enable humans to spread new genes throughout the genomes of wild animal populations. Gene drives force the inheritance of newly introduced genes to be inherited by all offspring. In the most extreme cases, gene drive technology could drive an entire species to extinction – for example, grey squirrels are a target in the UK – or replace wild populations with genetically modified organisms. 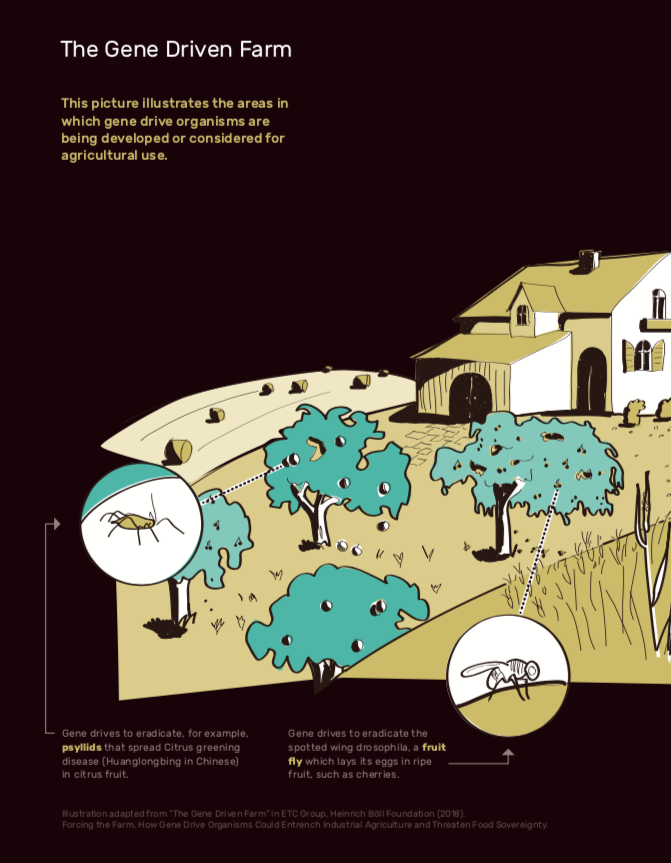 With gene drives, humans can alter the genetic makeup of wild organisms and spread new characteristics that serve human purposes alone. While gene drives are often promoted via plans to eradicate malaria by reducing or eliminating mosquito populations, the real boom usage of gene drives is planned for agriculture.

To help the public understand what's at stake, the Germany-based NGO Save Our Seeds (SOS) has published a report, "Gene Drives: The New Dimension of Genetic Engineering", which can be downloaded as a pdf document. The report provides a scientifically founded overview of how gene drive systems work, their possible areas of application, and the scientific discussion about their risks. It summarises the status of legislation and regulation at the German, European and global levels and recommends urgent political measures.

The report explains how gene drives could be used in agriculture – research is focused on controlling pests and weeds and reversing the herbicide resistance in weeds that was caused and exacerbated by the spread of GM herbicide-tolerant crops.

Not coincidentally, the report also notes that gene drives could be employed as bioweapons – for example, to eradicate beneficial insects in a region. The report points out, "The US military‘s Defense Advanced Research Projects Agency (DARPA) is one of the largest funders of gene drive research and is financially involved in almost every gene drive research project."

GMWatch has previously highlighted cases whereby gene drive "solutions" are being promoted for problems that could be solved in simpler and cheaper ways. For example:

* SOS's report states that scientists are trying to genetically engineer gene drive psyllids for release. Psyllids are a type of plant lice that spread a bacterium that is blamed for citrus greening, a disease that renders fruit inedible and that has devastated US orchards. However, we've reported on a nutrition-intensive and "chemical avoidance" method that has been shown to reverse citrus greening – but is being widely ignored by scientists and governments that are fixated on a more profitable approach using patented GM techniques and products.

* In the UK, the grey squirrel is viewed as an invasive pest that has replaced the native red squirrel, leading genetic engineering scientists to propose gene drives to eradicate the greys. But research from Ireland has shown that in areas with pine martens – predators native to Britain and Europe that have been persecuted to extinction in some places – red squirrel numbers are on the rise, while grey squirrel numbers are crashing, suggesting “European pine marten abundance may be a critical factor in the American grey squirrel’s success or failure as an invasive species.” Research in Scotland confirms these findings. So the grey squirrel "problem" appears to be the product of an impoverished ecosystem. It could be solved by restoring a missing element, the pine marten.

* The "poster child" of gene drive is the Target Malaria project to eradicate mosquito populations to combat malaria. SOS notes that the consortium has a budget of around 100 million US dollars, most of which comes from the Gates Foundation and the Open Philanthropy Project. But apart from the obvious risks of taking out an entire species, which could collapse populations of natural predators that depend on them for food, it's questionable whether gene drives could ever qualify as a sensible solution to malaria – especially given the recent development of a potentially safer non-GMO biocontrol. This project has also received funding from the Open Philanthropy Project. Let's hope they put as much money into it as they do into gene drives.

SOS's Stop Gene Drive campaign aims to encourage a broad social debate on gene drive technology. If you would you like to be kept up to date on new developments in gene drive research and development and its regulation, subscribe to SOS's newsletter – it's published every 1-3 months – and follow them on Twitter.