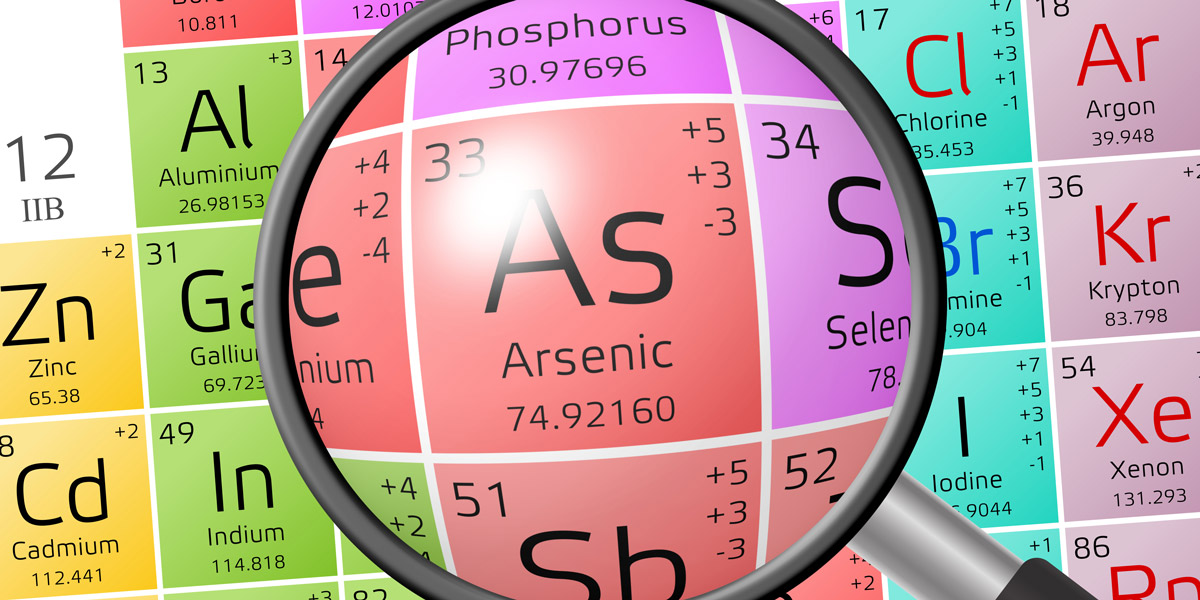 Glyphosate-based herbicides contain toxic heavy metals such as arsenic, lead, chromium and nickel, a new study has found. These are not declared and are normally banned due to their toxicity. They are also known to be endocrine (hormone) disruptors.

The toxic heavy metals were found at levels well above those permitted in drinking water. They were detected in 22 pesticides, including 11 glyphosate-based ones.

The researchers suggested that the heavy metal contaminants "could ... explain some of the adverse effects of the pesticides".

The research was published in Toxicology Reports by a team led by Prof Gilles-Eric Séralini at the University of Caen, France.

All the pesticide formulations tested except one contained a cocktail of toxic heavy metals. Commenting on the contamination, the researchers stated, "This phenomenon ... appears to be widely distributed in the world, as our samples came from the European Union and North America."

The researchers found large amounts of arsenic in glyphosate-based herbicide in Sri Lanka. The country has banned glyphosate herbicides due to a suspected connection with chronic kidney disease in rural people.

The researchers on the new study concluded that it is "erroneous" to calculate the supposedly safe levels of these pesticides based on only one chemical in the formulations. In the case of glyphosate-based herbicides, only the isolated ingredient glyphosate is tested and assessed for long-term safety in regulatory evaluations.

Commenting on the findings, Prof Gilles-Eric Séralini stated, "The acceptable levels of glyphosate residues in food and drinks should be divided immediately by a factor of at least 1,000 because of these hidden poisons. Glyphosate-based herbicides should be banned.”

The study also looked at the toxicity of the co-formulants in glyphosate-based herbicides, compared with the toxicity of glyphosate alone. It found that when tested on plants, herbicide co-formulants such as POEA were toxic in isolation, while glyphosate alone was only slightly toxic to plants at the recommended dilutions in agriculture. Among the formulations tested, a Roundup formulation containing the surfactant POEA was most toxic, in that it most quickly desiccated all leaves of the plant.

The researchers also exposed human cells to the components of formulations, both mixed and separately. They concluded that the co-formulants, which are composed of petroleum residues, have a more endocrine disruptive effect and are more toxic than glyphosate.