Deregulating GMOs via the Agriculture Bill – what happens next? 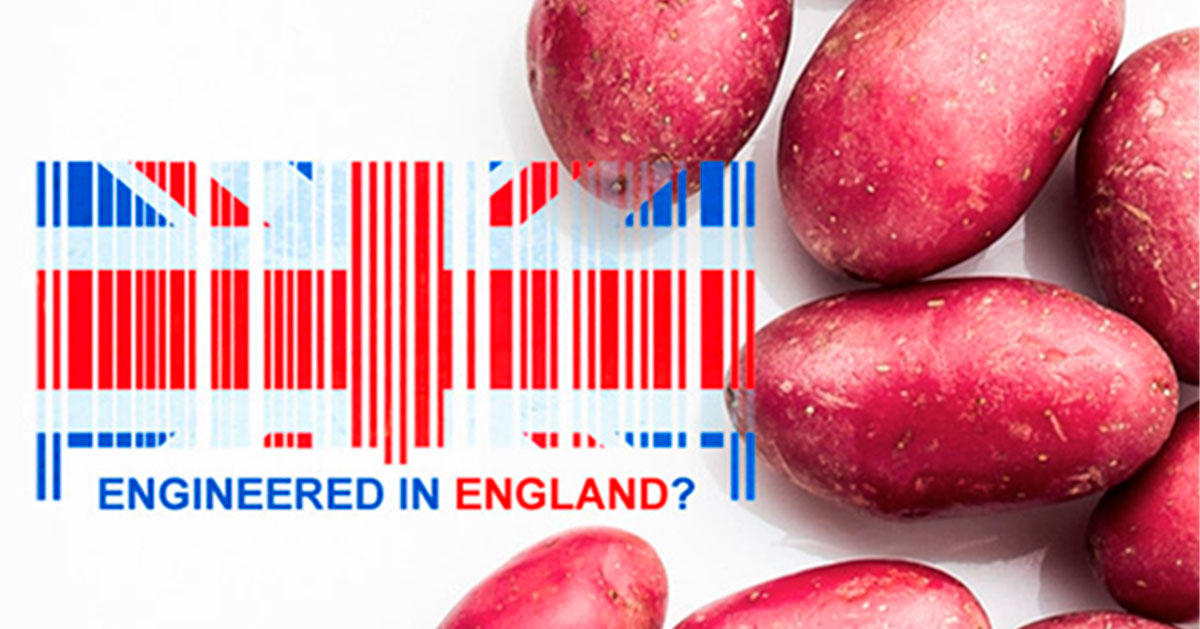 by Pat Thomas of Beyond GM

Recently we alerted our supporters to an amendment to the UK’s Agriculture Bill, proposed by Julian Sturdy MP chair of the APPG for Science & Technology in Agriculture. If adopted the amendment would effectively deregulate GMOs.

We have been very gratified by your responses. Many of you joined us in writing to George Eustice, Secretary of State for Environment, Food and Rural Affairs, expressing concern not just for the proposed amendment itself but also for the lack of democratic process in the way it was being introduced. This was the thrust of our letter to the Secretary of State and the emails we received showed many of you expressed the same concerns to the Minister.

There is no doubt that these views have given the government pause because the amendment, was not mooted in the June 10th debate in the House of Lords as expected.

However we are not out of the woods yet. We still expect the amendment to surface in some form – either from government or as an individual initiative. Last week’s debate was used as an opportunity for many in the Lords to prime the pump by showing their support for genome editing.

The full text of the debate is here. Reading it clearly shows that, on the day, support for genome editing came exclusively from the Conservative peers, many of whom have interests in agribusinesses.

In his introduction to the debate, Lord Gardiner of Kimble, The Parliamentary Under-Secretary of State, Department for Environment, Food and Rural Affairs, who is tasked with seeing the Agriculture Bill through to its adoption, spoke of the “need for innovation and technology” to help “ensure sustainability”.

Lord Taylor of Holbeach spoke of gene editing as a “game changer” which is an “acceleration of plant breeding” that could lead to “enhanced yields and reducing our use of fertilisers and pesticides and benefit small and medium enterprises”. By small and medium enterprises he means biotech firms not farmers. He affirmed that the “All-Party Parliamentary Group on Science and Technology in Agriculture strongly endorsed these techniques”.

Baroness Browning applauded Lord Taylor adding that “As an Agriculture Minister, I introduced the first GM product in this country, way back in the 1990s. It all fell apart, as we know, for all sorts of reasons. But with the right controls I believe that there is much to be gained from looking at this science, particularly in respect of plants. We must make sure that we are not left behind because of people’s fear of the word “gene”.

Viscount Ridley said that “To be sustainable, agriculture needs innovation in precision farming, robotics, drones and other technologies so as to use fewer chemicals more precisely targeted. It needs innovation in genome editing particularly – a precise new breeding technology that enables plant breeders to achieve exactly what they have achieved in the past but much more quickly and precisely”.

Lord Krebs, spoke of “harnessing all the power of science and technology to produce more with less: more food with less impact on the environment, the climate and animal welfare” and asked “What is the Government’s plan for enhancing the necessary science base, including gene editing, and ensuring that this new knowledge will be taken up by farmers?”.

Lord Cameron of Dillington asked for “a clear message in this Bill that we will move forward to allow gene editing in our research programmes. This is a way of speeding up the natural methods of farm breeding to ensure that we can improve the environmental and nutritional outcomes of feeding our ever-expanding human population, both at home and – more particularly, as far as I am concerned – in the developing world”.

The Earl of Lindsay said: “I believe this Bill is an opportunity for the Government to adopt an amendment that would enable future access to precision-breeding tools such as new gene-editing technologies”.

Baroness Redfern expressed her hope that the Bill will “make improvements and create more robust and resilient domestic agricultural and horticultural sectors, giving scientists, farmers, plant breeders and animal breeders the same access to new gene editing technologies as the rest of the world”.

Those who expressed concern about the ‘liberation’ of genome editing technologies in farming and food included Baroness Parminter – a Liberal Democrat – who said: “I will oppose any attempt to use the Bill to overturn existing legislation on gene editing, which would be a serious step backwards for animal welfare and public trust in our food. We need to retain the European model of regulation that we are currently signed up to, where no gene editing is allowed outside the lab and mandatory labelling is required, and we should not enable trade deals with countries such as America, where products from genetically modified animals can be marketed”.

Baronesse Ludford – also a Liberal Democrat – acknowledged the deep links between this Agriculture Bill and the Trade Bill and noted: “The US produces food to standards that many of us regard as very bad practice and which EU law prevents. Even if the response was, ‘We won’t ban them but will require them to be labelled’, that is not an adequate substitute in all cases – and anyway, we know from the experience over GMOs that the US will fight that tooth and nail”.

Baroness Bennett of Manor Castle – AKA Natalie Bennett, former leader of the Green Party – noted that “Some are arguing that we should downplay nature and sustainability and dial up food production, but that is a false dichotomy that risks doubling down on a food system that is contributing to a perfect storm of a spillover of diseases from wildlife to people, and, like the proponents of genetically modified organisms and crops, it chases after a failed industrialised monoculture”.

The second reading debate in the Lords  was an opportunity for general discussion and for members to raise issues in a broad-brush way. Some used the opportunity to give notice of their intended amendments. The next meeting of the Lords will be more forensic, allowing a detailed consideration of Bill and amendments put forward in the time between the two meetings.

Proposed amendments to the Bill will be put forward until this next meeting likely on July 7. A running update of these is posted on the parliamentary website here.

As we write, some of the proposed amendments appear to change in language to the Bill in a way that makes it more amenable to a more substantive amendment around genome editing.

For instance, Lord Lucas (Conservative) wants to make sure the amendment “allows for the support of possible new livestock species” and “new crop species”. And supports “the advancement of agricultural technology, including robotics and genetics”.

Baroness Jones of Whitchurch (Labour), who is the  Chair of the Enterprise Board at Rothamsted Research, is seeking language that enables “the application of the latest scientific research to food technology” and gives “consideration to various means of achieving different food-related goals”.

The list of amendments will likely grow in the coming weeks and we are watching it closely.

That we have not seen the text of the Sturdy amendment, does not mean it has been abandoned.

Indeed, there is a concerted PR effort behind it. Long before the Lords met, the APPG for Science & Technology in Agriculture began a PR blitz by issuing a press release signalling its intent to propose an amendment. This was quickly picked up by the farming press. The National Farmers Union (NFU) signalled its support by issuing a press release too. The day of the Lords debate Viscount Ridley published a piece in the Times newspaper entitled Genome-edited Crops Help Farmers and the Environment.

Over the weekend, following the Lords debate, the APPG for Science & Technology in Agriculture posted a tweet that featured a news brief and ‘fact file’ which featured a UK sugar beet farmer as a poster boy for the benefits of genome editing.

There were also two articles in the Observer newspaper; one an opinion piece by plant scientist and pro-GM advocate Sir David Baulcombe, the other a news item on the Lords debate quoting both Baulcombe and Lord Gardiner on the benefits of gene editing and acknowledging clear evidence that the government would be sympathetic to deregulating the products of genome editing in the name of sustainability.

One of our supporters who wrote to the Observer letters page with concerns of the lack of balance that the two pieces represented, received the following response:

“The first article is an opinion piece by a plant scientist. It’s not intended to be, and neither does it pretend to be, a news report on the subject. It’s one person giving his own view on the issue. I’m sure that many will disagree with that particular view, but these types or articles are commissioned precisely for writers to be able to express their own views and add to the overall debate.

“The second article is of course a news story, but is a report of the progress of legislation through the Lords. As I understand it from speaking to the writer, no-one spoke out against it at the second reading, which is what being reported on.

“I do understand that there are a variety of views around the whole subject, and I’m not seeking to dismiss them; only to suggest that this was not the right place to air them.”

The Observer clearly made no attempt to understand the dynamics of the issue – or even fact check the pieces it published. Natalie Bennett did, however, publish a thoughtful piece on the Ecologist website on the same day noting that “The public is very clear in its view on genetically modified organisms (GMOs). We don’t want them in our food system.”

While the response from the newspaper is polite, it’s also problematic (and symptomatic). First of all, as detailed above, several Lords did speak out against the proposed amendment during the debate and, secondly, if a national newspaper is not the place to air a diversity of opinion on a subject of national import, where is?

This article was first published by Beyond GM. It is reproduced here with permission.